It's been another quiet week or so on the Meadow. There have been one or two noteworthy snippets but nothing too exciting. On Saturday 20th I noticed the first GOLDEN PLOVER of the autumn back on the Hinterland in amongst the lapwings though I've not seen it since. There are plenty of YELLOW WAGTAILS passing through which, as usual, tend to hang out near the cattle or horses. There was a single late SWIFT flying over Kingston road also on the 20th. There have also been a couple of HOBBY sightings in the neighbourhood. A few times now I've heard the hooting of a passing TAWNY OWL from my bedroom though it never calls more than a couple of times before moving on. The LITTLE EGRETS are still around with a couple of them being seen fairly regularly hunting along the river. The leucistic EGYPTIAN GOOSE is still around in amongst the feral greylags and there have been a few COMMON SANDPIPER sightings along the river shorline. 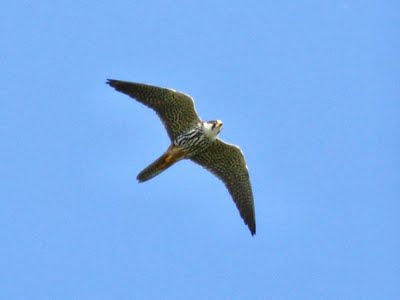 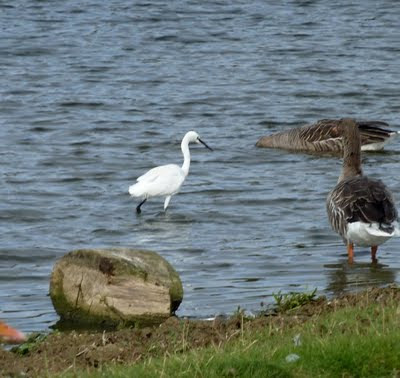 One of the two little egrets on the river

On the butterfly and dragonfly front things are very much winding down now. A gatekeeper was visiting the garden a few times last week and I had a southern hawker drop in on one occasion as well. In Burgess Field the only ones on the wing now are a few small heaths. 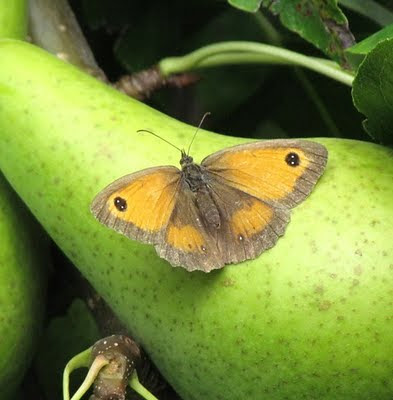 Today on my run around the patch there were loads of chiffchaffs, especially around the Trap Grounds including one or two that were "chiffchaff"-ing rather than just "huweet"-ing. One encouraging news is that as a result of the recent rain there is now a thin sliver of flood water along the North channel. Normally I would be fairly dismissive of such as small amount of water but Richard Foster's diligence in turning up some good birds on very paltry flood area makes me more careful about this. Today there were just lapwings, yellow and pied wagtails and the obligatory black-headed gulls there but I'll keep an eye on it over the coming days.

Today I met the Oxford Rare Plants Group on the Meadow doing a survey of the Creeping Marshwort which used to be found in this country only on the Meadow though apparently it has now been introduced to a few other locations in order to avoid the risk of it getting wiped out by a few bad years. Apparently summer flooding is not at all good for this plant though a few new plants have come up from seeds that have lain dormant during the flooding. 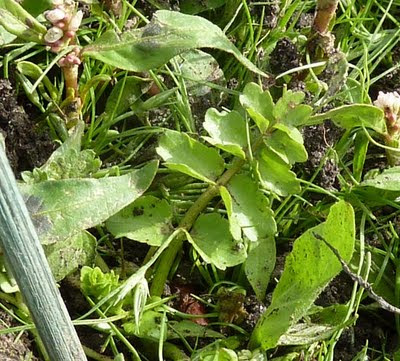 The first hints of autumn are now in the air: the swifts are long gone, the blackberries are all out and autumn passage is evident amongst the birds of the Meadow. I've made a few visits to the Meadow this week but with no sign of any re-emergence of the floods it's very much a case of thin pickings on the patch. The main point of interest is the increasing number of YELLOW WAGTAILS on the Meadow itself, particularly in amongst the cattle and horses. Indeed I counted at least 30 this morning and there were probably plenty more. There are still some loafing black-headed gulls staying faithful to Stint Corner despite the lack of water and the lapwing flock is numbering at least 40 now. Occasionally a LITTLE EGRET can be seen on the Meadow or on the river. Despite scouring the river shoreline there have been no sandpipers this week though there are still a good number of common terns about. 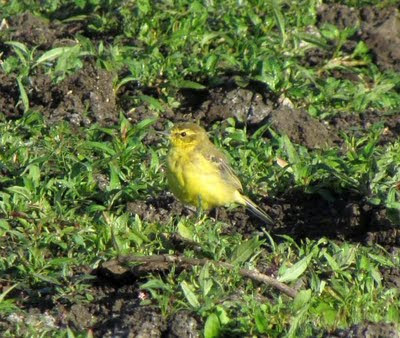 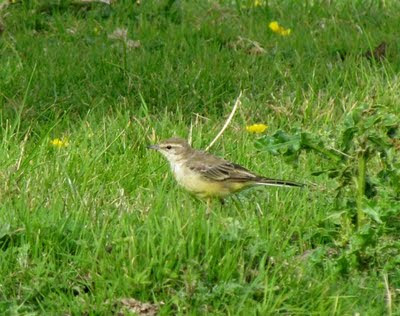 It's at this time of year that I usuall inflict some woeful point & shoot photos of yellow wagtails on my long-suffering readers. Well this time they're a bit better than usual thanks to my new Canon SX30 super zoom camera. Still not SLR quality but at least with the new toy I can zoom in much closer to the subject.

Burgess Field and the Trap Grounds held noticeably more warblers, including whitethroats, chiffchaffs and willow warblers, which are now clearly on the move south. On the butterfly front there was little of note with small heaths and the odd common blue being the main species of note.

It's even been rather quiet in the garden with just one red admiral popping in though today I had what I believe is a Migrant Hawker dragonfly popping into the garden a couple of times. If it lingers I'll try to get a photo. 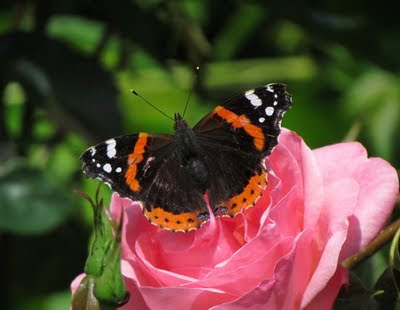 The river is looking nice and full after the recent rain though we need a lot more in order to re-flood the Meadow so fingers crossed for a wet week or two!
No comments:

It was predictable of course that as soon as I was away a good bird would turn up. It was so good that I was moved to do a remote blog update from deepest darkest Cornwall. Since that wonderful find it's all been depressingly quiet and I've arrived back to find very few sightings posted on Going Birding. The highlights have been 1 OYSTERCATCHER, a peak count of 11 LITTLE EGRETS, 1 GREENSHANK, 1 BARNACLE GOOSE (presumably the usual escapee), 1 COMMON GULL and 1 COMMON SANDPIPER.

This morning I went on a patch-wide run to check out the current state of the area and it was pretty quiet. The floods have all gone and the grass is fast reclaiming the muddy patches. There were plenty of wood pigeons and lapwings dotted over the grass and at what had been Stint Corner there was a congregation of black-headed gulls and a couple of juvenile common terns with more gulls spread out over the surrounding grass so that there must have been several hundred around in total. A lone LITTLE EGRET was up in the Hinterland opposite the poplars and there were at least 6 juvenile YELLOW WAGTAILS in amongst the numerous cattle with more terns hunting over the river.

In Burgess Field there were few butterflies around with a couple of common blues the only points of interest. Until we get some decent flooding, it's going to be rather quiet for a while now I suspect.

Addendum
I forgot to mention that Richard Foster had a fly-over WOOD SANDPIPER. Apparently about 40 minutes earlier one had flown off north from 1066 near Drayton so it may very well have been the same bird.