I thought that I'd do an end of month update to round up what's been happening on the patch. Despite the time of year, there have actually been quite a few good things to report.
I'll kick off with birds where I've personally been distinctly neglectful but other more enthusiastic members of the Port Meadow team have been out and about finding stuff. By far and away the best record and indeed even a possible candidate for bird of the year was a Quail that was heard calling by Nick Boyd on Burgess Field at midnight. It called four times but not again so I am wondering if it was actually flying over and calling - something that apparently they do do (see Gavin Haig's "Not Quite Scilly" blog here). It's been a good year for Quail in the county but I never thought we'd get a record on the Meadow! Mind you, I never expected a Ring Ouzel either, so you just never know!
The second birding record was another report of a Little Owl by Nick along the northern boundary of Burgess Field. With two records now in this area, they may well be resident in this area - worth keeping an eye out for them then.
I've been spending most of my time mothing of late. It's always exciting to start the day unpacking the trap to see what's turned up. One day recently on top of the trap I came across a rather unassuming micro. I couldn't find it in the field guide which either means you've stumbled on something truly rare, or more usually, you're just being dense. So I asked my go to moth ID expert, Sean Foote (@MothIDUK on Twitter) and he came back with Zelleria oleastrella which I'd never even heard of so in this instance it was actually the "truly rare" option after all! It turns out to be an immigrant moth with fewer than a dozen national records and a first for the county (well more strictly VC23 which is the legacy county boundary that is still used for mothing). Its larvae mine Olive leaves so it's most likely route into the country is via imported Olive trees. It's not often that you get a county first when mothing!
Apart from that there's not been anything else that unusual on the mothing front though with my more concerted efforts than usual I'm catching lots of "new for garden" species to extend my rather modest garden moth list.
Also on the insect front, Nick Boyd has been seeing lots of Glow Worms in Burgess Field. Apparently numbers are diminishing now as we reach the end of the month so I guess we're at the end of their season but it's great to know that they're around here. Next year I must make an effort to try and see them.
There are plent  of the usual Odonata about and Migrant Hawkers are now starting to turn up in the county. Below are a couple of photos courtesy of the eagle-eyed Nicola Devine.
No comments: 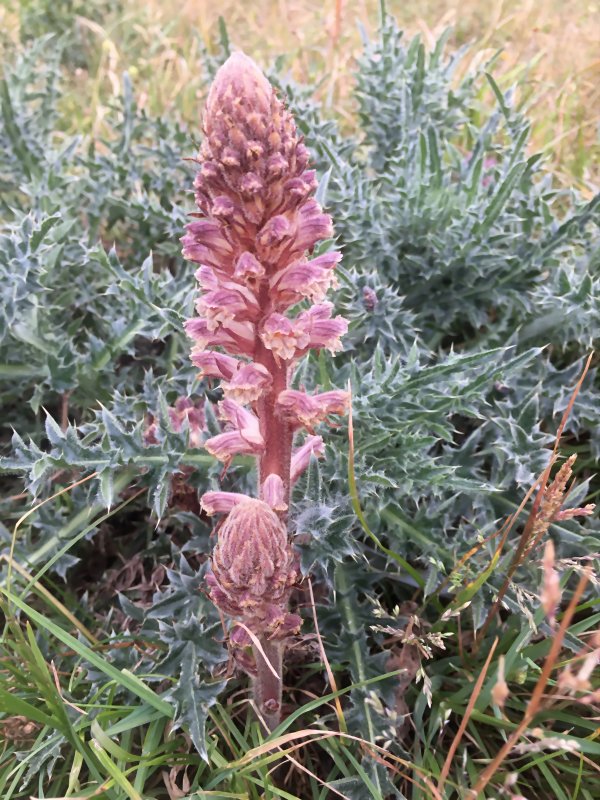 So for the rest of July expect more of the same really. Things will start to change in the autumn when we can start to look for returning migrants though without any water it will have to be restricted to passerines in Burgess Field.
No comments: