Gosh! It's been a while since my last update here. That in itself is rather telling: in the absence of any flood waters it's hard work finding much to blog about. Now that we're firmly into Autumn (in the bird world at least) YELLOW WAGTAILS have started appearing on the Meadow again, often in amongst the livestock with so far up to 8 birds to be seen. There are also plenty of Pied Wagtails, both adults and juveniles about as well.

The young Greylag goslings are all growing nicely and forming their own feeding flocks dotted around the Meadow. There's also been the start of a post-breeding flock of Lapwings with up to 8 birds hanging out on the grass. The Swifts are already noticeable by their absence: they're no longer to be found screaming around the Jericho area and are already on their way south though there will still be one or two around to be seen I expect. Swallows and House Martins (with the odd Sand Martin as well) are starting to gather in large numbers now as well, another sign of their departure over the coming weeks.

On the insect front, down along the Castle Mill Stream there are one or two Migrant Hawkers to be seen and I've had a Southern Hawker visiting my garden on several occasions. Nicola Devine has been keeping her eagle eyes on the Trap Grounds as usual and has come up both BROWN HAIRSTREAK and RED-TIPPED CLEARWING sightings once again this year. These are both pretty great records for what is such a tiny reserve that is so near the city centre. 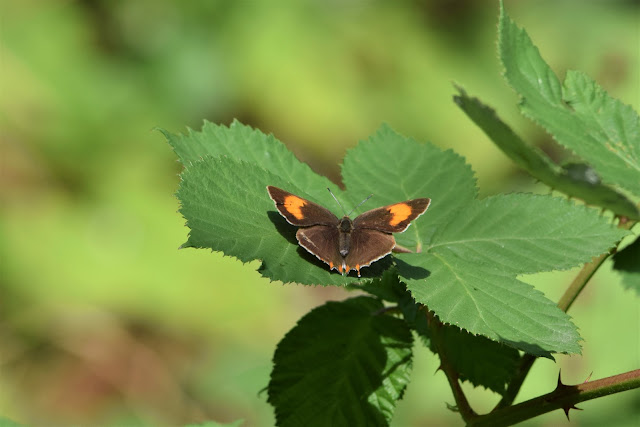