It's been another week of lovely summer weather and the insects are certainly enjoying it. I visited the Trap Grounds and there were hoards of butterflies on the flowers there including plenty of Gatekeepers which are now out in force as well as a lots of bees. 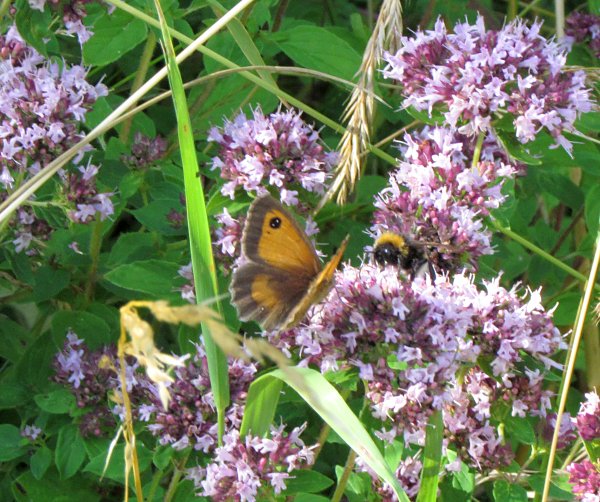 
There weren't any Brown Hawkers by the Trap Grounds pond when I visited though a Southern Hawker was buzzing around the woodland paths and there were a few Dameselflies around.


On the Meadow itself the feral geese are all grazing away on the fresh grass that has grown out of the dried up flood area. The Black-headed Gulls are continuing to loaf around there and there was a very modest roost of Lesser Black-backed Gulls on the Meadow the other evening. There were at least two juvenile Common Terns hanging out by the river with a couple of parents, presumably successfully reared at Farmoor. 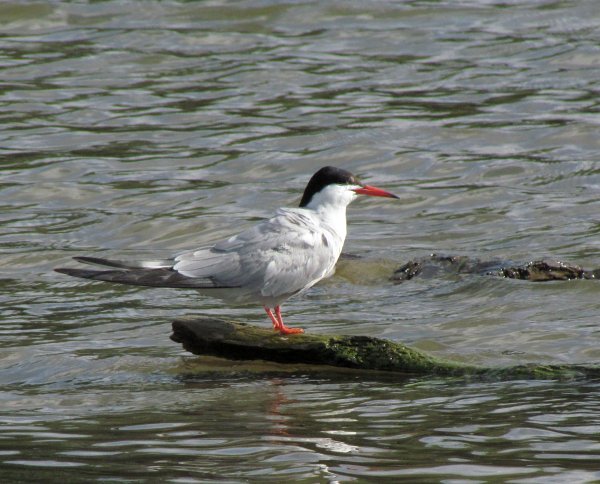 One of the parent Common Terns

My garden mothing has continued to be good but not quite the high numbers of previous weeks. The pick of the crop as far as photogenic moths is concerned was probably this gorgeous Phoenix. 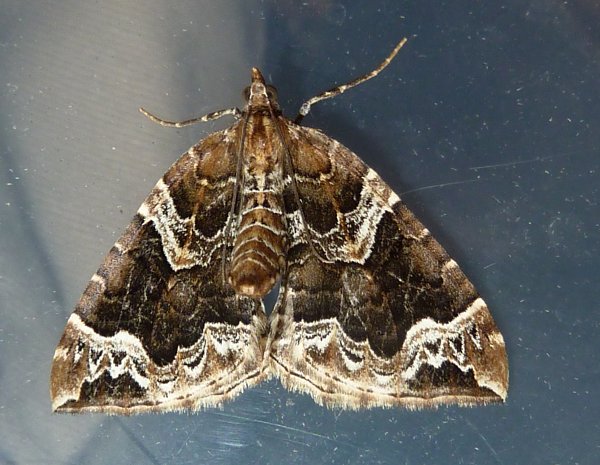 With quite a bit more rain forecast over the coming days I can't help but wonder if we might get enough to have some of the floods return. Highly unlikely I know given how dry it has been but a man can dream at least!.

I finally had some free time to do the rounds of the Patch today. First stop was the Trap Grounds where there was a fine male Reed Warbler in full song with the female flitting about in the base of the reeds. I know that they've already raised one brood as I saw them feeding a fledged juvenile bird several weeks back so perhaps they're on their second brood now. There were a couple of Brown Hawkers holding territory over different parts of the pond and several Common Blue and Blue-tailed Damselflies as well. By the pond with the screen (which was looking rather scummy now in the heat) there were a number of Damselflies and a male Broad-bodied Chaser.


In Burgess Field I was amazed at just how dry it was. I know that we've not had any rain for some time but two weeks ago the grass was still fairly green whereas now it was brown and dry. There were still plenty of butterflies with 6+ Marbled Whites, lots of Ringlets and Meadow Browns and literally dozens of Essex Skippers. This last species must have just come out but they were everywhere you looked. With any luck with this good weather butterflies will have a good year - they really need it after the last two which have severely depleted numbers for many species.

You can't really see from this angle but Essex Skipper can only be distinguished
from Small Skipper by the fact that the underside of the antennae are black rather than yellow.


Finally a stroll along the Castle Mill stream found a Brown Hawker and an Emperor as well as the usual assortment of Damselflies.


I've been running the moth trap religiously each night and in the good weather catches have been very good. It's difficult to know what is noteworthy as it's the first time that I've properly run a trap. However I was pleased to catch a couple of migrants which were new for the garden, namely a Dark Sword-grass and a Diamond-back Moth. It's interesting to note how now a larger proportion of the catch is micros which quite frankly do my head in though I am starting to get quite good at ID'ing the commoner ones. In the Garden Moth Challenge I'm languishing somewhere in the middle of the table whereas Steve Goddard up in Wolvercote is currently 6th - a splendid effort. 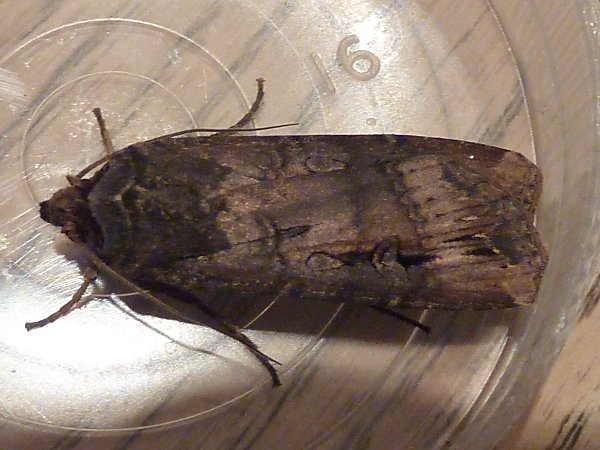 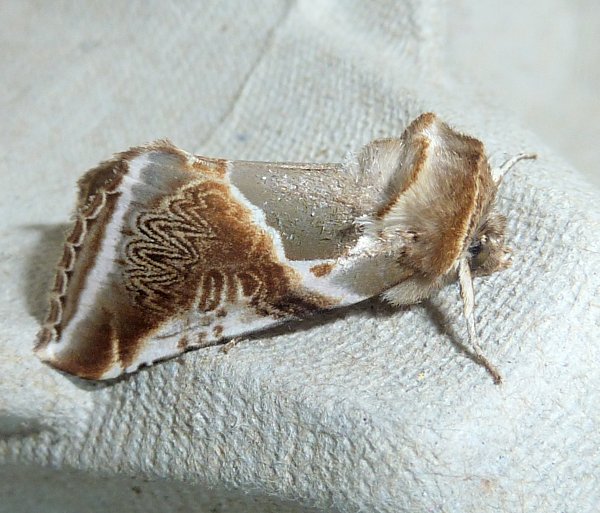 Rather than bore you with a non-descript micro photo, here's one of my favourite
macros - the lovely Buff Arches or "chocolate moth" as Luke (my seven year old son) calls it.


As you can see from above, there's been precious little on the bird front to report and I'm afraid that that's not likely to change in the near future. I did notice getting on for twenty post-breeding Lapwings hanging out on the meadow and the usual summer Black-headed Gull flock was starting to accumulate. Come August and it's worth looking through it for Mediterranean Gulls. We may soon start to pick up the odd returning Common Sandpiper along the Thames - there's usually several sightings that we get there in the autumn even if there are no floods.

Whilst part of me is really enjoying the hot weather, part of me is secretly longing for a good prolonged period of rain so that the floods can return.
No comments:

I finally had some time today to go and check out Burgess Field for butterflies and although the weather was rather overcast it was at least warm. I wasn't disappointed as I managed to find a couple of  Marbled Whites, at least 8 Ringlets, 2 Large Skippers and 2 Small Skippers. They're all very late of course but at least they've finally arrived. On the bird front there were plenty of Whitethroats singing away as well as a single Garden Warbler but apart from that it was predictably quiet. 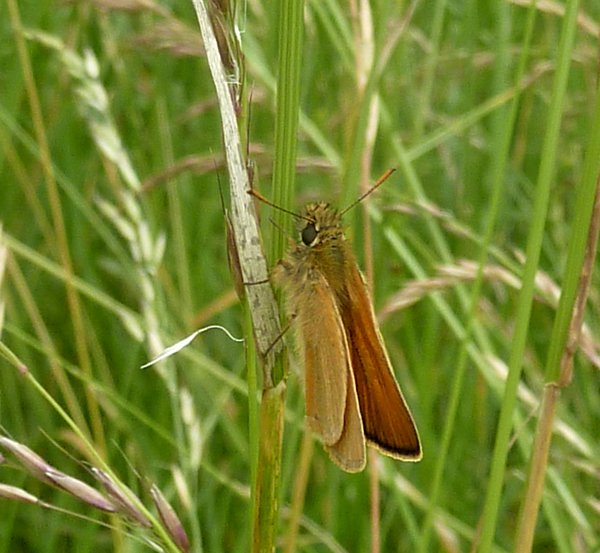 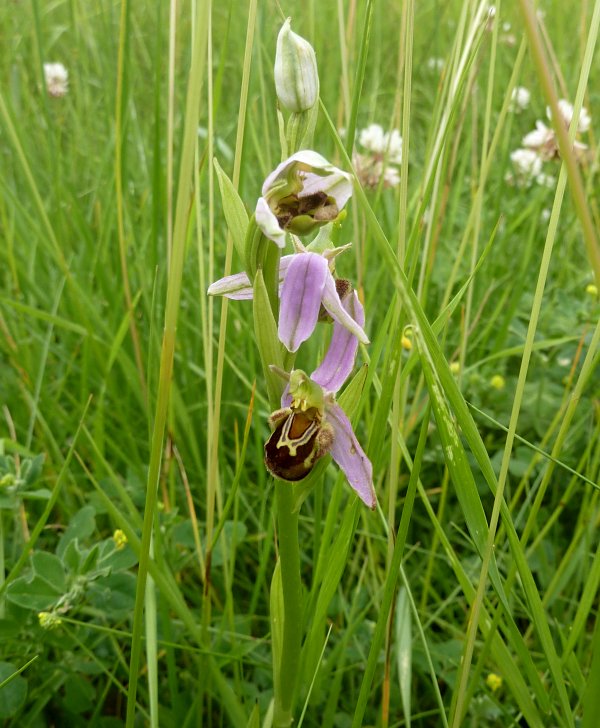 
In my garden there are juvenile Great and Blue Tits now knocking about in noisy feeding parties and two Wood Pigeons seem to have taken a liking to digging up the lawn for some reason - I don't quite understand why. On the mothing front I've finally managed to reach 100 species for the garden year list though Steve Goddard is trapping up a storm in Wolvercote where he's currently 5th in the Garden Moth Challenge league table - a fantastic effort. I've managed to add a few more to the Upper Thames region year list with my efforts including a Bordered Sallow again this year in the garden: last year I found the first one in the region as well. 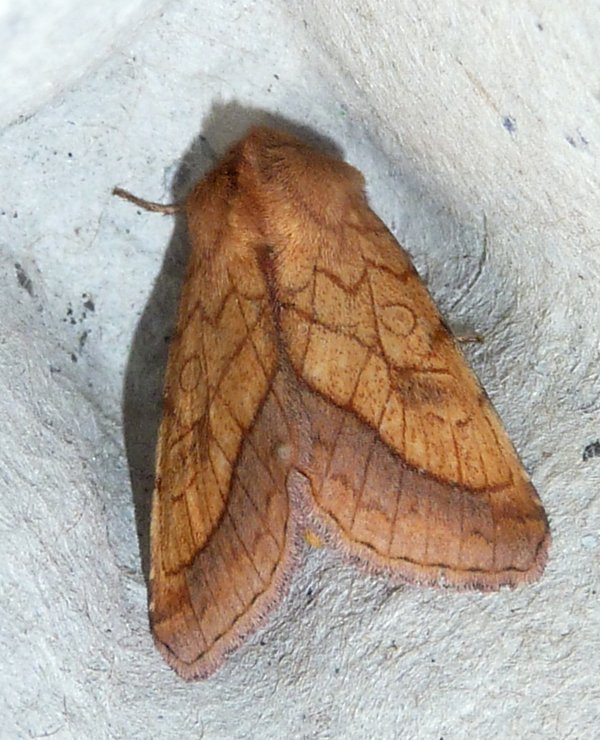 Bordered Sallow - not such a common county moth

All in all it's the usual mid-summer doldrums. If there were some flood waters still then we could start to thing about early return birds soon but as it stands at present there's not much prospect of that. We'll just have to make do with the interesting insect life that's about at this time of year.
1 comment: