An early afternoon walk on the Meadow today found a single WHEATEAR working its way over the southern dried-up area of the floods. There were also noticeably more meadow pipits around today with about 20 all told. One of the LITTLE EGRETS was still about, standing in the middle of the field and there are still one or two YELLOW WAGTAILS in amongst the cattle. Common buzzard and red kite have also been taking advantage of the good weather for soaring over the last two days. The highlight of the last two days though has been another SPOTTED FLYCATCHER, found by Sydney Penner along the canal tow path. 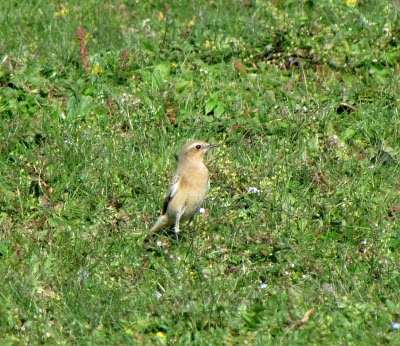 It's been a depressingly long time since my last posting but there has been precious little to report until today. I've continued to visit the Meadow two or three times a week in the vain hope that this autumn's Nearctic wader bonanza might cast a bird or two (ideally a buff-breasted sandpiper) in the direction of the Meadow. We're still hanging on to a thin sliver of flood water which continues to attracted some loafing black-headed gulls and an increasing number of lapwings (60 today). There have been a handful of YELLOW-WAGTAILS about each time I visit and the LITTLE EGRETS are still kicking around but that's been about it. However today my visit was brightened up by the presence of three passing SPOTTED FLYCATCHERS in the hedge by the Trap Ground allotments along the path to the southern Burgess Field gate. They seemed quite happy there and were still around half an hour later when I returned from scrutinising the floods. Spotted flycatchers are less than annual on the patch and this is a great year tick for the Meadow. 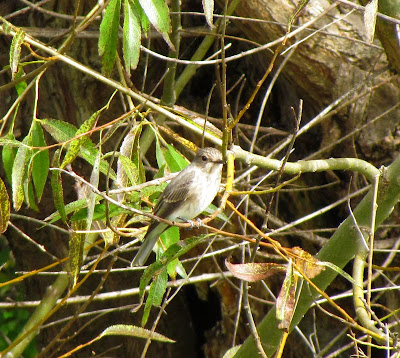 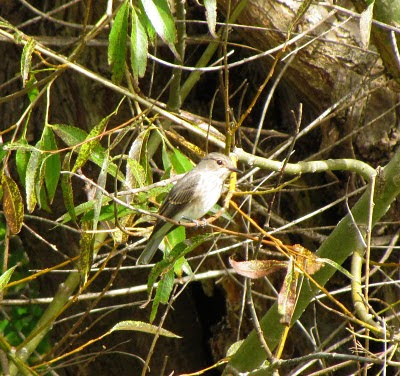 Lot's of my photos came out blurred as the autofocus ended up latching on to a branch rather than the bird itself but these two came out ok.
No comments:

Another reasonable bird on the Meadow today in the form of a WHINCHAT (a patch year tick), found by Dave Lowe, which instead of being in the usual location of Burgess Field was working its way down the Meadow itself close to the main path. The three DUNLIN were still there on the puddle shoreline but there was unfortunately no sign of their diminutive stint cousin. Lapwing numbers had gone up to about 40, there were a few loafing black-headed gulls and a single grey heron by the flood pool. On the Meadow itself there were plenty of linnets, a total of 16 YELLOW WAGTAILS in amongst the cattle, a single skylark and the first few autumn meadow pipits flying over. 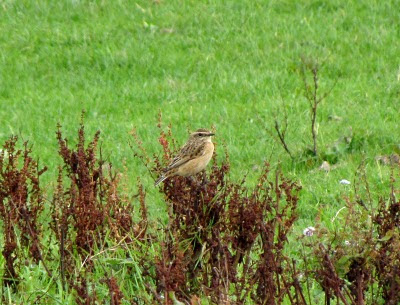 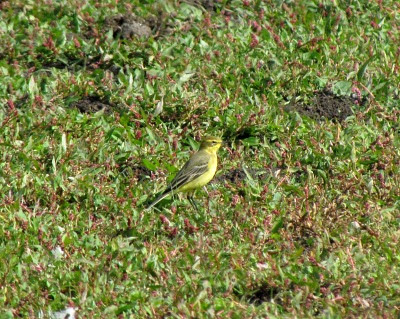 One of the many yellow wagtails (click to enlarge)
No comments:

It's been far too long since I last did an update but sadly that's a reflection on the current state of the Meadow floods. We have actually got a small sliver of flood water along the North Channel though mostly it's been attracting little more than a few black-headed gulls. Today I went out for a midday run and was scouring the flood shoreline when I came across a DUNLIN. After a little more searching I found a couple more and then a juvenile LITTLE STINT in amongst them. They were typically approachable and I was able to get close enough for a record shot with my Point & Shoot camera. We had the cracking adult bird a few months ago so this isn't a patch year tick but still a very welcome bird given the current poor state of the patch. 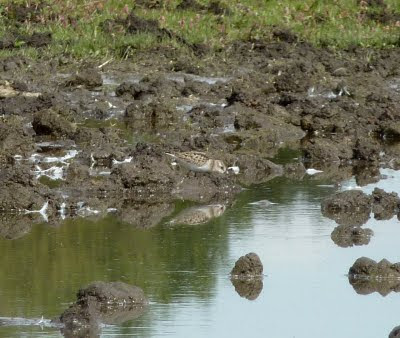 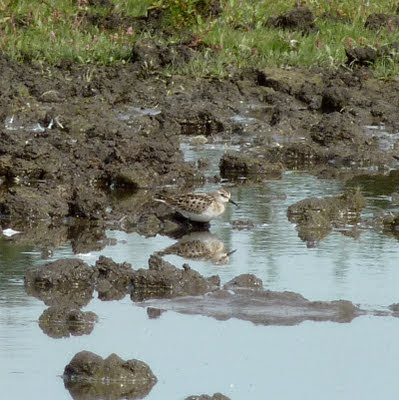 A couple of record shots with my P&S camera (Click to enlarge)
Apart from that there were about 8 YELLOW WAGTAILS in amongst the cattle and a few lapwings (I counted about 50 recently) and black-headed gulls. In amongst the feral geese there has been a BAR-HEADED GOOSE recently. There have been a few of the vanguard of winter TEAL loitering on the floods recently though they've receded again to the point where there's not much left for any self-respecting duck to bother with. If we get a decent spell of rain then the floods should top up again nicely though it may be too late for the autumn passage.
No comments:

Hey ho - another very quiet week on the patch. We've managed to retain the puddle along the North Channel and I have been more actively checking it out most days though there's not been a single wader on it that I've seen. The highlight of the week was a lovely WHEATEAR in the dried up area of Stint Corner on Tuesday. That same day there were also four GOLDEN PLOVER in amongst a flock of about 40 lapwings. Apart from that there has been a single LITTLE EGRET loitering near the river and a few dozen black-headed gulls loafing on the puddle. Plenty of YELLOW WAGTAILS in amongst the cattle and I counted at least 15 today. One or two common terns still around. 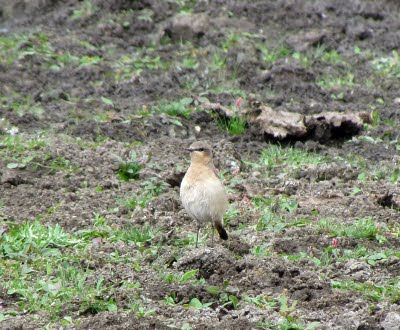 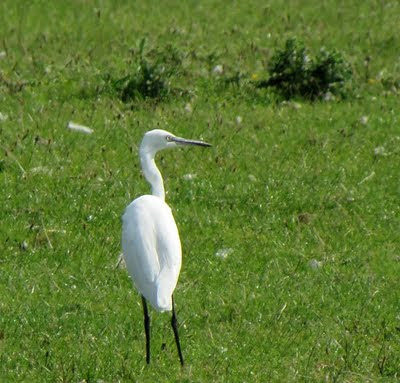 The little egret has been around for a while now (Click to enlarge)
Burgess Field is still largely birdless and most of the butterflies have now gone with just a few small heaths still about. There were a couple of dragonflies in the "ride" today: a southern hawker and a ruddy darter I believe. 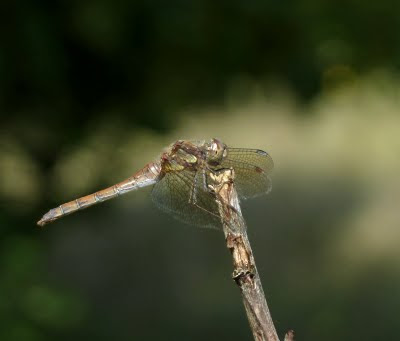 A female Common Darter (Click to enlarge)
The TAWNY OWL was heard at least once this week, as usual only calling once or twice so probably just passing through the patch from its roost to its hunting grounds.
No comments: