I've been rather neglecting the Meadow over the last week or so - after all it is June. However I made an early morning visit before work today to see what was about and I was pleasantly surprised. As is only to be expected the flood waters have been in further retreat though at least the green algae has now gone leaving us with some rather narrow pools surrounded by lots of mud. The birds still seem to like it and there are plenty of Black-headed gulls picking their way over the mud and floating around on the water. In the north west corner there are clearly some trapped fish still for there were no less than six each of LITTLE EGRET and GREY HERON all standing around looking well fed. There was a noticeable increase in post breeding Lapwing numbers with about forty of them dotted about the place including quite a few youngsters which was good to see. A couple of OYSTERCATCHERS were over towards Stint Corner and there was even a LITTLE RINGED PLOVER working its way along the shoreline.


The highlight of the morning though was as I was about to depart when I heard the distinctive call of GREEN SANDPIPERS overhead though try as I might I couldn't see them. Fortunately they made a second circuit which enabled me see what turned out to be a pair of these delightful waders which are rather hard to get on the Meadow - these were in fact a year tick. Sadly they didn't land but flew off eastwards, perhaps to Otmoor. 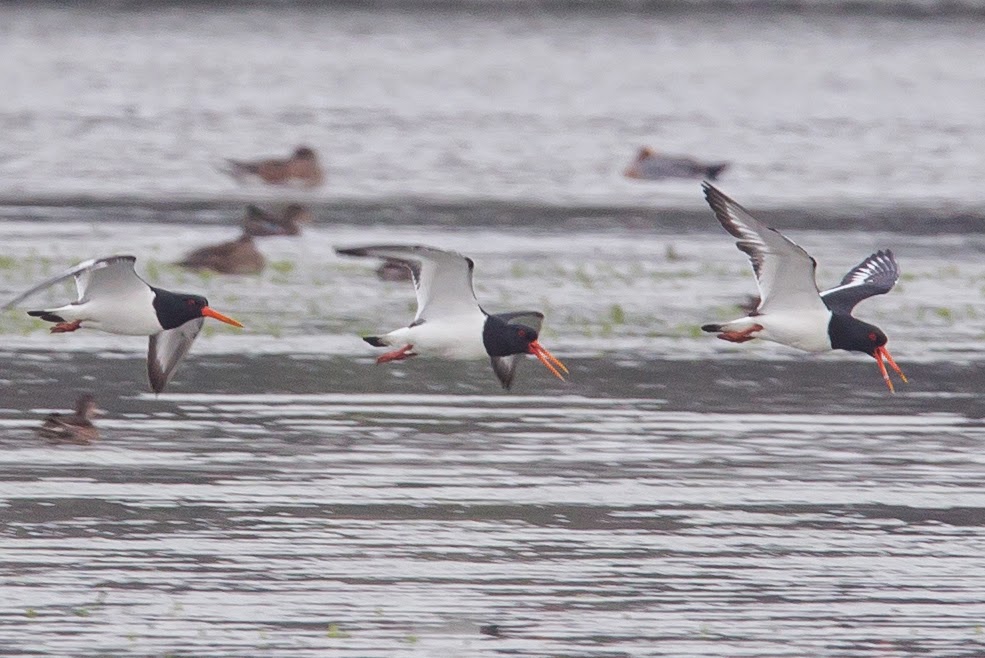 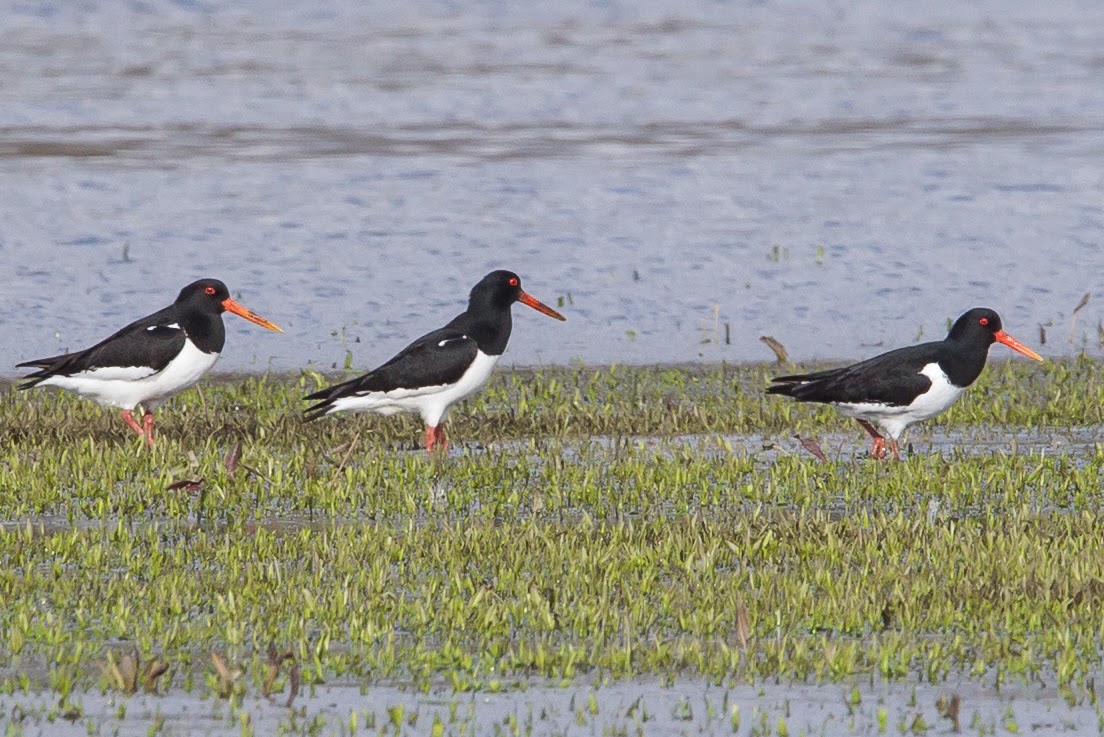 I didn't take any photos this morning so sticking with the Oystercatcher theme
here are some photos from much earlier in the year taken by Roger Wyatt (c)
No comments:

My apologies for the lack of posts recently but the sad truth is that there's been precious little to blog about. Spurred on by a sighting of a probable Red-necked Phalarope at Balscote Quarry last week I've been looking out for this county mega on the Meadow though sadly it's just been typical June birds.

The floods are still intact though the recent warm weather and lack of rain means that they are fighting a rearguard action against evaporation. What's more they are largely covered in a green algae/weed which makes them look rather unappealing though the birds seem to like it. In fact it's looking remarkably "birdy" at present on my evening visits with between 100 and 200 Black-headed Gulls making up the bulk of numbers, including quite a few juveniles now. There are also plenty of Mallards some with ducklings, Mute Swans (including one family of three or four cygnets), a few Gadwall and a single Teal. On the wader front there's been a slowly increasing flock of Lapwings roosting at the north end of late and we were blessed with a REDSHANK today as well. There's been a LITTLE EGRET on and off and quite a few young Grey Herons (I counted six one day) all no doubt feasting off the trapped fish. The COMMON TERNS have been paying an occasional visit as well to enjoy this fish bonanza. There are plenty of hirundines and Swifts about and a couple of weeks ago I spotted a HOBBY making an unsuccessful attempt on them over Kingston Road. As I said, all in all it's typical June birding.