I can't believe that we've reached the summer solstice already, where has the time gone? It's been great that we've had flood water all the way up until this time but of course with the very dry month that we're having the flood waters are finally on the way out. There are still plenty of birds around though. We've had a party of eight SHELDUCK (adults and juveniles) with us all month so far as well as several OYSTERCATCHERS. The main story though has been the gulls: there have been hundreds of Black-headed Gulls about, including increasing numbers of juveniles, all picking their way over the flood waters and making a constant racket. As the month has progressed we've started to see some large gulls loafing by the floods as well and have even managed our first YELLOW-LEGGED GULL of the summer season. This species traditionally disperses far and wide during the summer and usually starts turning up at Farmoor in June and July so it's been nice that we've had enough water to attract one to the Meadow as well.

There have been plenty of dragonflies and damselflies about and indeed over in the Trap Grounds Nicola Devine has managed to spot a Red-eyed Damselfly on the pools, a first for this site. They normally hang out along the Castle Mill Stream but they've been seen on the flood waters by Nicola and have obviously now made their way over to the Trap Grounds as well. Let's hope that they manage to start a new colony there. She's also managed to see the first Southern Hawker of the year already.

Talking of insects the Marbled Whites and Ringlets should be out in Burgess Field now as they are elsewhere in the county. In the same location Will Langdon has managed to find a nice colony of BEE ORCHIDS and indeed has counted dozens of them, so it's been a good year for them. 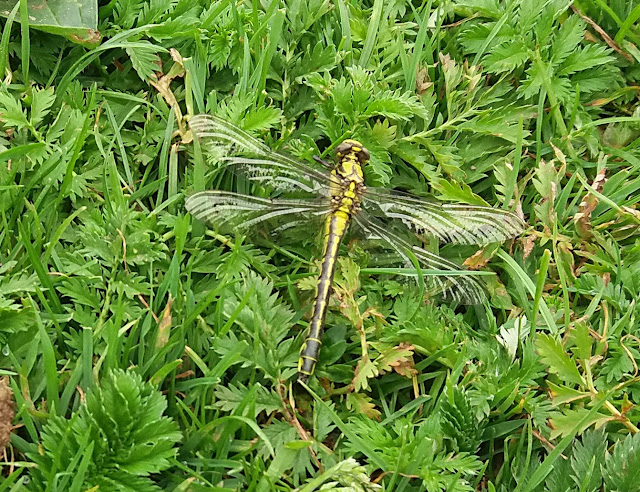