Mothing on the Patch

Both Steve Goddard and I are busy running our moth traps most evening in our respective gardens in the Patch catchment area. Whilst I struggle to get modest numbers, Steve is really catching some great stuff in good quantities. You can follow both our exploits on the Garden Moth Challenge web-site but I thought that I would just mention the great catch that Steve made recently. One of the thinks that I like to look out for are year firsts for the Upper Thames Branch recording area - I feel that I'm making a modest contribution to the sum of local moth knowledge by finding these. So far this year I've managed 16 of which I feel rather proud. However Steve has gone one further and found a moth that's and all time first for the UTB area in the form of an unassuming little micro called Telechrysis tripuncta. Way to go Steve! 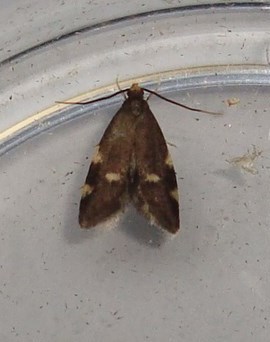 So we've now reached the longest day and Summer has now arrived. I was away last week and busy for the first half of this week though I've now managed a few trips down to check out the Patch. The floods are of course all dried up now and it's amazing how quickly the grass is reclaiming the dried up mud. In Burgess Field it's finally looking like June now with the Cow Parsley all gone and the May flower gone over as well. The grass is now looking very tall and lush. It's very much a case of the June doldrums on the bird front though if you look carefully there's always something of interest to see. 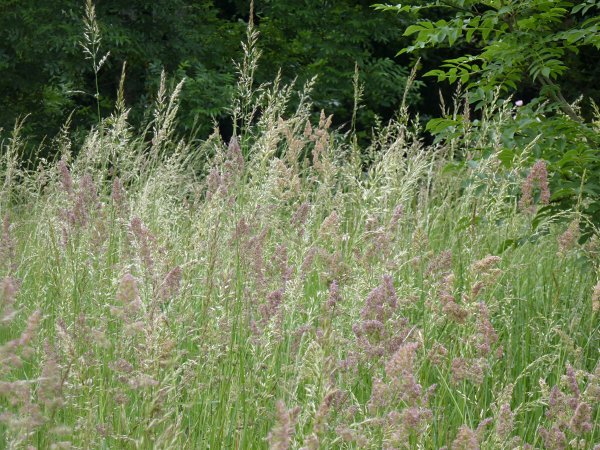 
There has not been much to report whilst I was away apart from a couple of OYSTERCATCHER sightings (thanks to Jodie Southgate and Ian Curtis for those). Liam Langley found a skulking Reed Warbler singing away by the southern entrance gate to Burgess Field - a rather unusual location for this species. Talking of Reed Warblers, I watched an adult bird busy feeding a full grown fledgling in the reed bed at the Trap Grounds. There, I also found the first Damselflies of the year with several Red-eyed Damselflies and one Common. 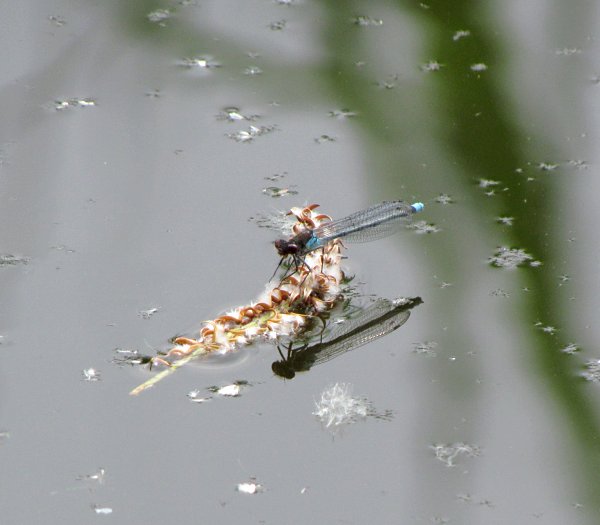 Red-eyed Damselfly - as well as the red eyes, the fact that the last two tail
segments are blue distinguishes this from the Blue-tailed Damselfly


In Burgess Field the only butterflies I can find are still Small Heaths with no sign of any Skippers yet though I did see a Speckled Wood and I saw a Comma in my garden. A HOBBY making a half-hearted attempt to catch the House Martins by the Aristotle Lane railway footbridge was the only other bird sighting of note. 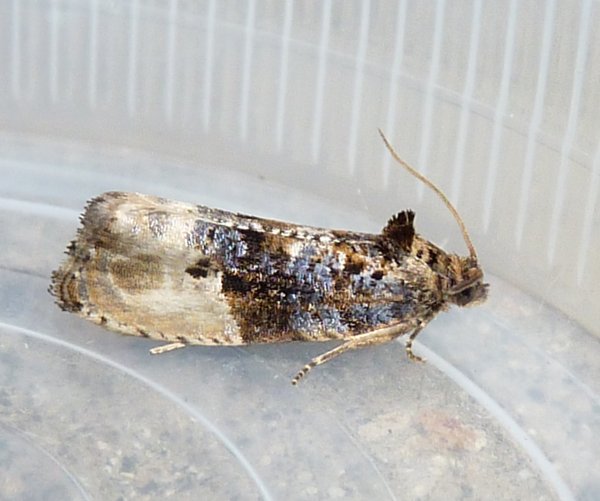 On my last posting Midlands Birder posted a comment about the neck of the flying white birds that I saw and he is of course correct that Egrets hold their necks in an S shape whereas Spoonbills hold them out straight. Thinking about it I'm pretty sure that the necks were straight which makes me even more certain that they were Spoonbills.
No comments:

I had a rather frustrating encounter with what might have been a pair of Spoonbills on the Meadow on Friday evening. I was out for an evening stroll with my two daughters with just my bins and camera rather than my scope. In the distance I spied a couple of white Egret-like birds in the tiny pool that is all that's left of the flood waters there. They were too far away to make out what they were in the fading light but they looked rather "chunky" for Little Egrets and I thought that I could just make out rather large thick bills. However before I could get closer in order to check them out a runner came out of the Burgess Field gate and they took off. As they flew they again looked chunky and rather heavy for Little Egrets and they didn't appear to have yellow feet. I called Dai John at Farmoor to let him know that they were heading over the hill towards Farmoor and he mentioned that he'd seen a couple of Egret-type birds fly over the Farmoor car park that morning but he'd only seen them rear-on and therefore couldn't ID them so they may well have been the same birds. In a quick search of Farmoor though he failed to turn up anything.


Thinking about them today and playing over in my head what I'd seen I'm very inclined to think that they were Spoonbills rather than Great White Egrets: they didn't have the long necks or lankiness of that species nor the slim elegance of Little Egrets - instead they had a "stocky" feel to them. Unfortunately I never got a clinching ID so they will have to remain "probable" - very frustrating as they would have been a great way to round off the first half of the year.

At last we've had a decent spell of settled weather, some reward for enduring the biting winds for so long this year. Of course the combination of sun and what are still often breezy conditions has meant that the floods have been drying out again rapidly and are basically in their death throws once again. As Barry Hudson pointed out in a comment on a previous post, it probably is a good thing from the point of view of the natural cycle of flood meadows and certainly the Creeping Marshwort will have a chance to grow and reproduce.


Now that we're into June things traditionally get very quiet on the bird front. Indeed the only bird news of note is that Adrian Gray reported seeing a PEREGRINE flying around the Wolvercote area. However, at least I can at last report some butterflies in Burgess Field with some Small Heaths now flying about as well as some Common Heath moths. 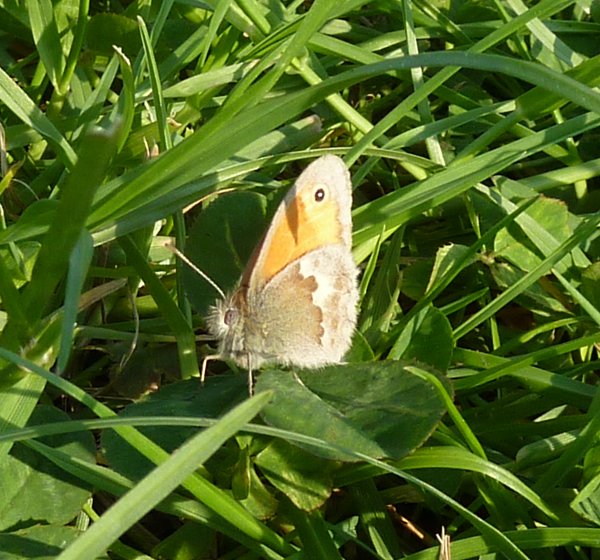 
The other evening I went for a stroll about the reserve and saw dozens of small whitish moths flitting about. I'm not sure what they were as they never settled properly but some were Green Carpets and I think others might have been White-pinion Spotted - I shall return another evening to investigate. Both Steve Goddard and I are continuing to moth trap regularly in our respective gardens. For my part it's been very small numbers and moths are definitely struggling this year. You can follow our progress on the Garden Moth Challenge web-site 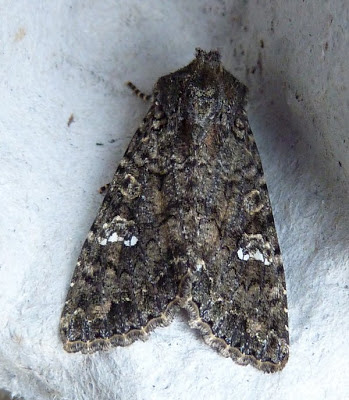 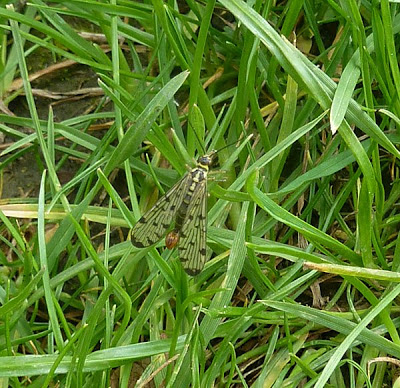