As promise, here is a weekend round-up of what's about at present. The answer is basically pretty much the same birds as before. Apart from the mid-week excitement of the REDSHANK, as far as gulls and terns go it's the usual black-headed gulls with the 1s LITTLE GULL still being seen periodically and several common terns. There are still large numbers of mute swans, coots, the usual ducks moulting into eclipse including the drake TUFTED DUCK though I haven't see the red-crested pochard nor the shelduck for a while, and several little egrets. The LITTLE GREBE is still in residence along the Castle Mill Stream and seems to be finding plenty of fish there.


The rain has ensured that there's plenty of flood water ready for the return passage but in the mean time I've had to make do with studying some of the local insect life on the patch. Below are selection of photos taken from this week. 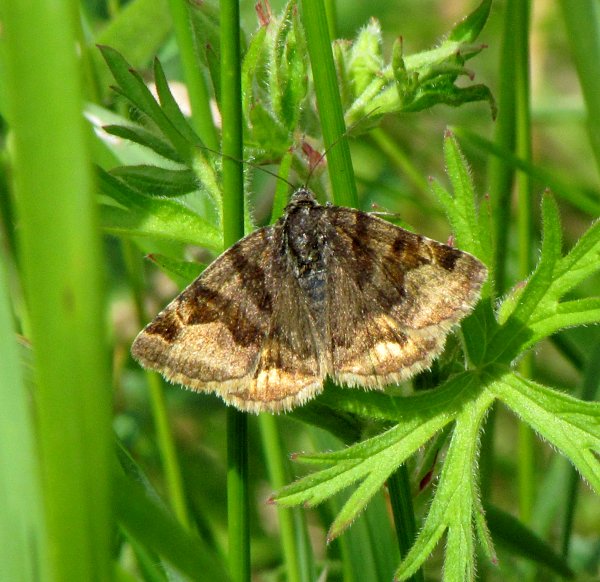 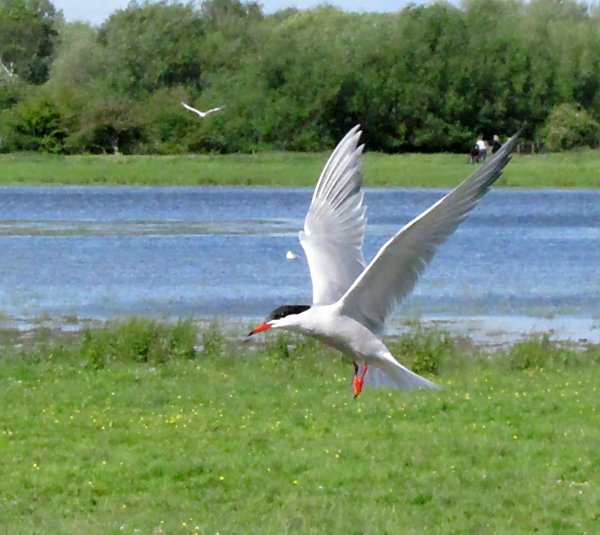 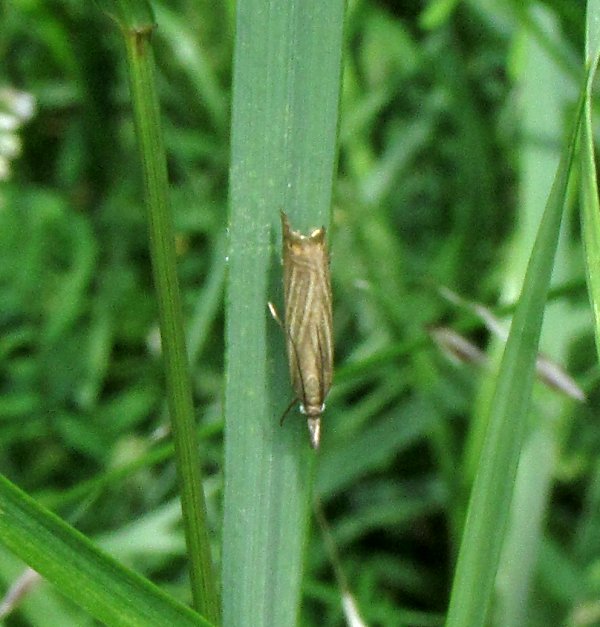 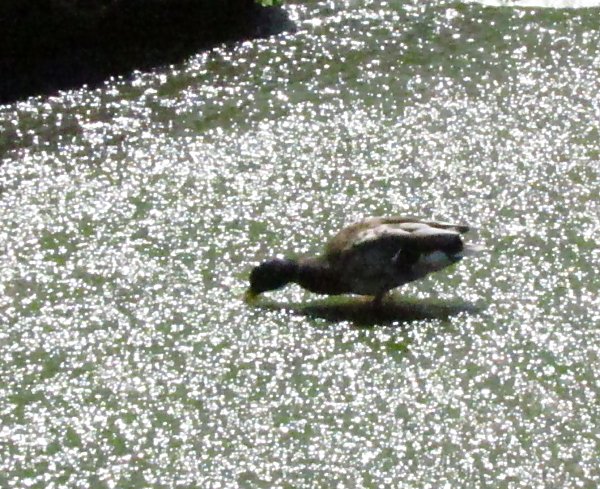 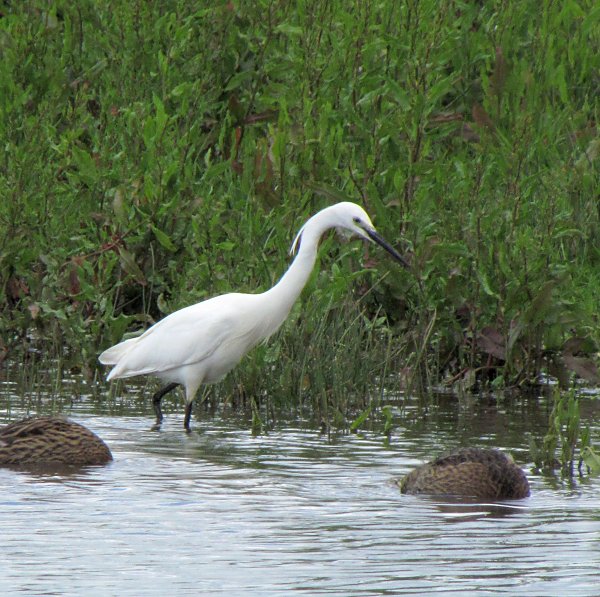 There are plenty of fish for the little egrets to catch 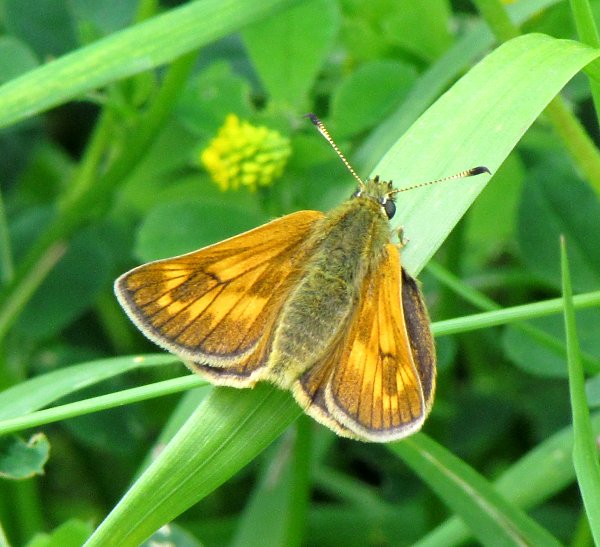 As predicted last week, the Large Skippers are now out in Burgess Field NR 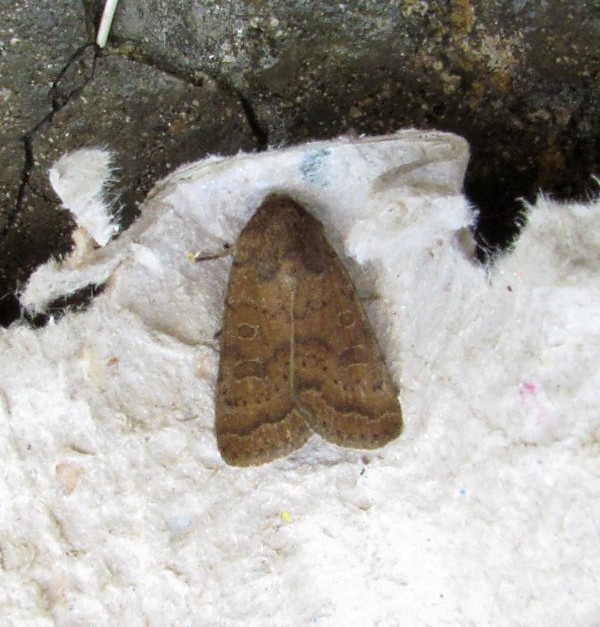 An Uncertain Moth (no, that's actually it's name) caught in the garden 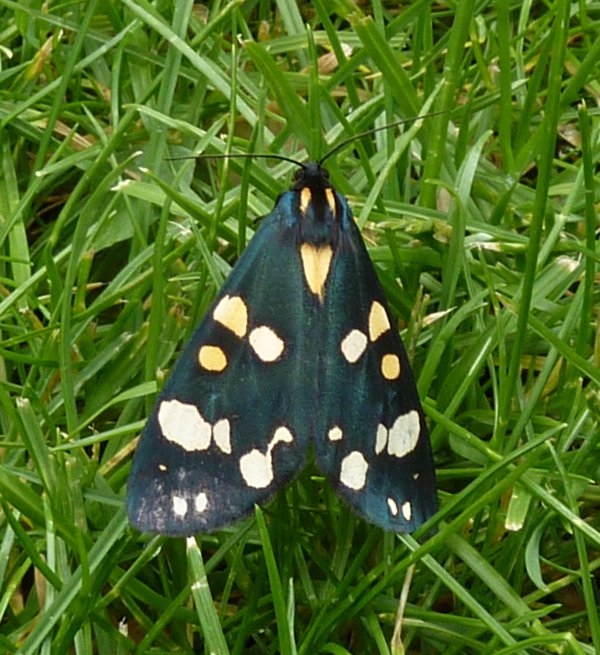 The Scarlet Tiger Moths are finally out in my garden
No comments:

Still very quiet on the Meadow but I did manage to find 5 REDSHANK on the floods this evening though they took flight whilst I was there and may have moved on. I'll do a full write-up of what's around at present at the weekend. 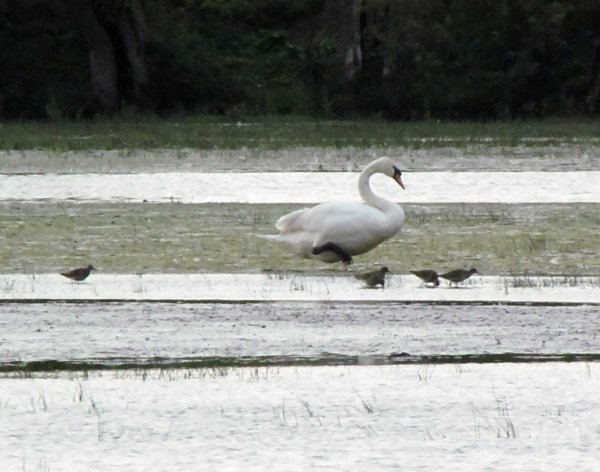 A rather distant record shot of the five redshank this evening. At this time of year
we must be grateful for any waders that drop in on the floods.
No comments:

Another week has gone by and we're still very much in the summer doldrums. The rain has ensured that the floods are still looking very healthy and there's plenty of bird life but it's all a bit samey. The LITTLE GULL has still been hanging around with his bigger black-headed gull cousins and there are quite a few more juvenile black-headeds around now. The SHELDUCK and the the RED-CRESTED POCHARD have also been around though the former aren't always present. The gadwall flock is still hanging out along with a few other ducks including the first teal for quite a while. Still plenty of mute swans and coots and the single drake TUFTED DUCK still. There are still no waders to speak of apart from the four lapwings and the little egrets though there were a pair of OYSTERCATCHERS flying around noisily mid-week. A male YELLOW WAGTAIL down by the boats one day was a welcome diversion from the usual pieds. Still plenty of hirundines and swifts about especially when the weather is rather poor.


In Burgess Field the weather has been too poor on days that I've visited to expect much on the butterfly front though the first large skippers are starting to be seen elsewhere in the county and I expect that they'll be out pretty soon there as well. In my garden there have been quite a few fledglings all visiting the feeders this week with the bad weather meaning that natural food is probably still rather hard to come by. 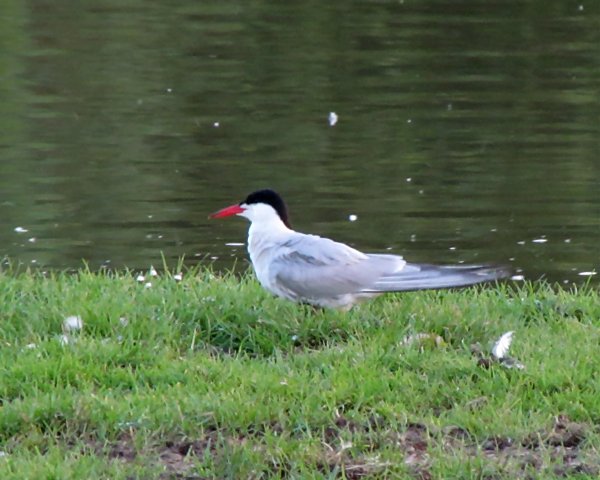 The common terns are pretty much in constant residence. With the stream running off the floods by the boat moorings so full they've regularly been hunting the fry there and it's great to watch them fishing at such close quarters 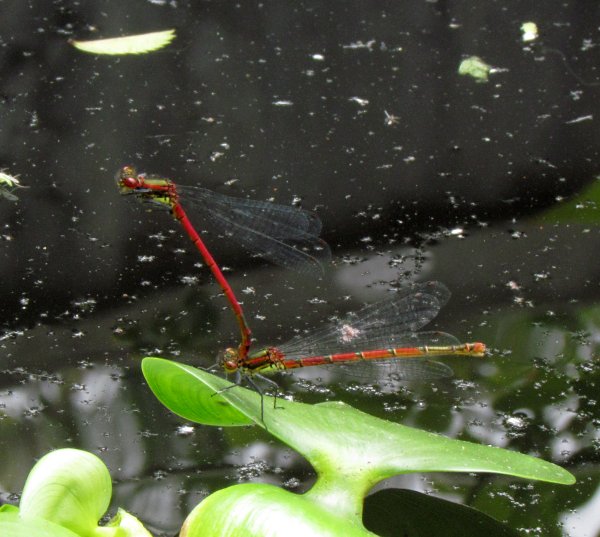 These pair of mating Large Red Damselflies were laying eggs in our new "pond" - actually a large half barrel filled with water. 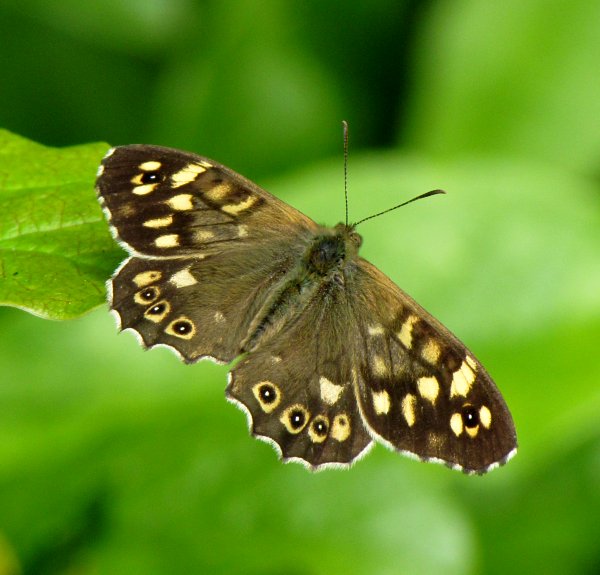 This Speckled Wood dropped in at the garden for a while during the week.
2 comments:

Despite my optimism that the May passage was going to be late this year, the bald truth is that we're very much in June now with the corresponding lack of bird diversity. I've been dutifully visiting the Meadow all week but it's been the same birds on each occasion. The 1s LITTLE GULL is still around with an increasing number of other gulls and there is even starting to be some sort of gull roost in the evenings though they're almost all black-headed gulls with just one or two larger gulls. There is still just one juvenile black-headed gull about on the floods. I don't know if this means that it's been a very poor breeding year for them or whether it's just a bit early for them still. On the duck front the two SHELDUCK and the male RED-CRESTED POCHARD are both still about as well as the gadwall, a few shoveler and a single wigeon, all starting to go into eclipse. There's even been a drake TUFTED DUCK and a pair of great-crested grebes, testament to the number of fish that must be trapped in the flood waters. The vast herd of mute swans is still about (Sydney Penner counted 58 on one occasion) and there are plenty of coots and mallards about as well. When the weather is bad the swifts are always very entertaining to watch as they swoop by often only inches away.


You can tell that it's June as my photographic offerings are all butterflies and moths this week. Unfortunately they've all been taken with my point and shoot camera and so aren't particularly good quality. 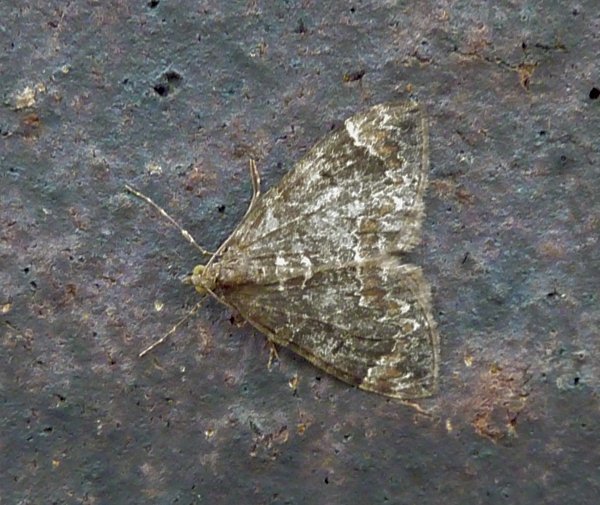 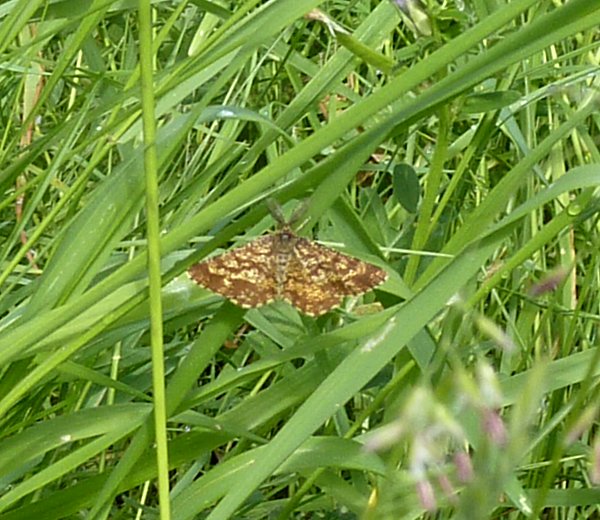 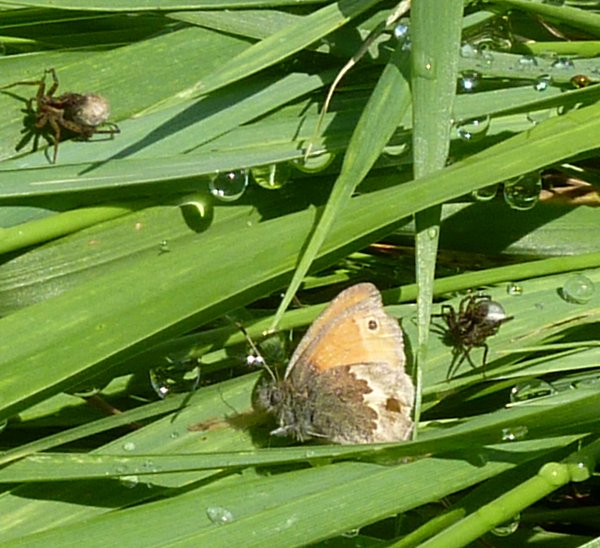 We should be starting to get the summer butterflies in Burgess Field soon which will offer some distraction for a while. On a more postive note, the full state of the floods and the fact that the forecast is for more showers up until the middle of July should at least mean that the floods will be around for the start of the return wader passage. Given how poor things have been this spring I'm really looking forward to it.
2 comments:

A morning run around the patch today. The rain over the weekend had topped up the floods a little so they were looking nicely refreshed though the nice mud shoreline has now gone so it may prove less attractive to waders. This didn't stop 3 DUNLIN from dropping in though they were wading out in the middle rather than around the edges. On the duck front the two SHELDUCK and the drake RED-CRESTED POCHARD were still around and there was some gull interest today with a adult or near adult (I only had my bins) YELLOW-LEGGED GULL on the floods as well as the first summer LITTLE GULL still.


In Burgess Field the morning sunshine brought out the butterflies and there were several dozen small heath flying around along with a similar number of common heath moths. I also found a singing sedge warbler near the gate into Burgess Field. These warblers have been noticeable by their absence this season so it was nice to hear one today. 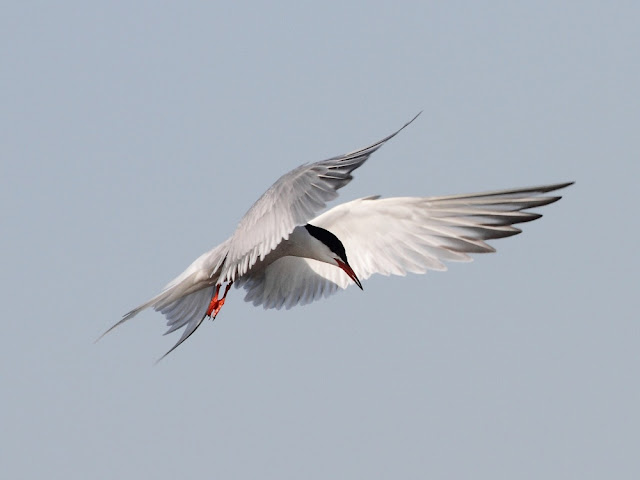 The pair of common terns are around pretty much all the time at present (c) Pete Styles
No comments:

A late evening visit to the Meadow just as it was starting to rain today. The RINGED PLOVER passage continues today with a total of 16 birds today in three separate flocks, accompanied by 2 DUNLIN. Apart from that there were the 2 SHELDUCK and the other usual suspects. Also of note was the first juvenile black-headed gull of the year on the floods.
No comments:

Well here we are in June and yet once again there was enough of interest on the Meadow to warrant another posting today. On a late morning run around the patch I found 6 RINGED PLOVER and 1 DUNLIN together and seperately 1 LITTLE RINGED PLOVER. On the duck front the RED-CRESTED POCHARD was still about but unfortunately there was no sign of the garganey. The first summer LITTLE GULL was back with the black-headed gulls which was nice to see. Today there were 5 LITTLE EGRETS and several grey herons and a whopping total of 51 mute swans. Very little of note in Burgess Field with just two small heath butterflies and several common heath moths about. The Trap Grounds reed beds now hold at least 4 singing male reed warblers. As in previous years one of the late-comers has had to be content with a territory in the ditch on the other side of the path from the pond - presumably all the prime reedbed spots have already been claimed.


One final thing to report is that this morning in my garden I saw a very brief glimpse of a bird which just might possibly have been a golden oriole! It was about the right size and bright yellow so it would have been a male. It was far too bright to be anything like a green woodpecker which is the classic confusion species especially with females/first summers. I only saw it for a fraction of a second in flight so I'm not claiming anything but I thought that I would just mention it. 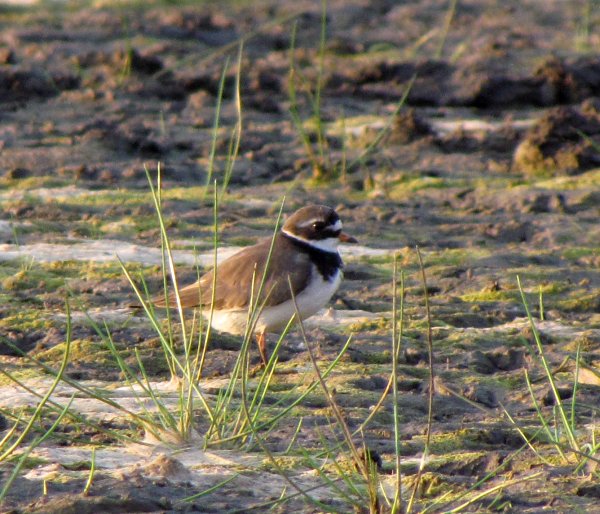 It's nice to see the ringed plovers finally coming through on
their passage though they're several weeks late this year
No comments: