I did the rounds today to check out the state of the Patch and to see if there was any sign of migrant movement. Not much has really changed: the Trap Grounds pond was disappointingly empty of damsels or dragons though it was rather breezy. In one of the clearings in the Trap Grounds there is a lovely bank of Wild Marjoram which was really buzzing with insect life. I could have spent hours watching them all such was the variety. There were a variety of White butterflies, a late Ringlet, a Meadow Brown, a Gatekeeper, two Common Blues (male and female), several Pyrausta moths (both P. aurata and P. purpuralis) and quite a few Hover Flies (Sun Fly, Eristalix pertenax & Eristalix sp.).


In contrast, Burgess Field was remarkably quiet, even on the insect front and I didn't see a single butterfly. Along the river a LITTLE EGRET was a welcome sight - it's been a while since there have been any wading-type birds on the Patch. On the migrant front I did manage to find a couple of juvenile Chiffchaffs working their way southwards along the various hedgerows. 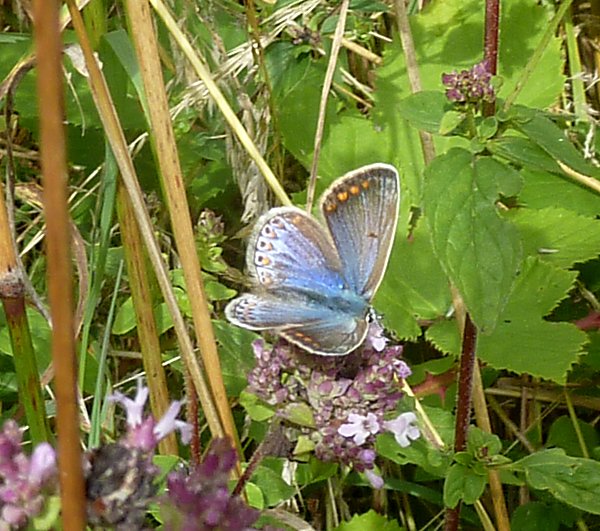 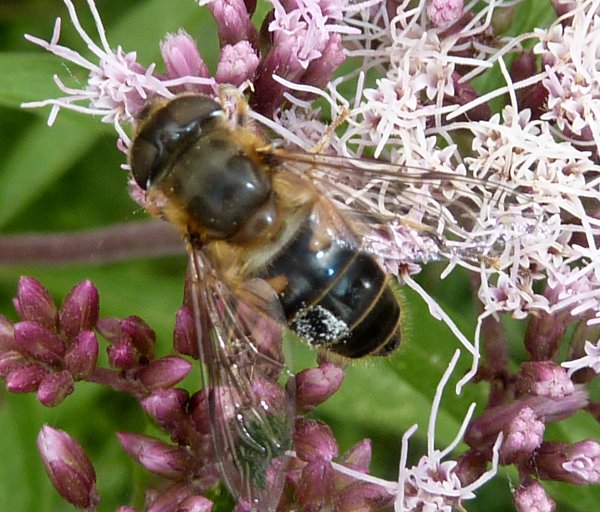 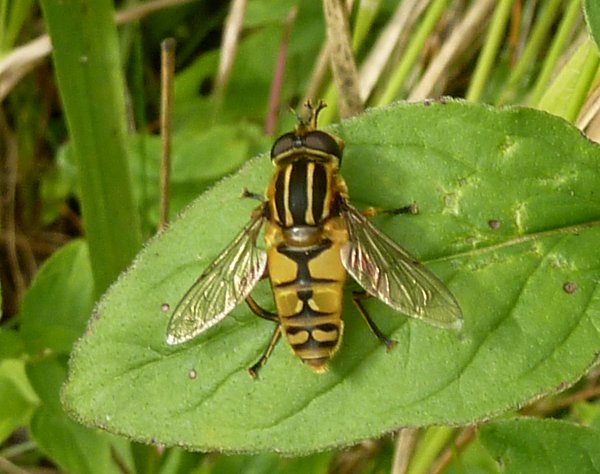 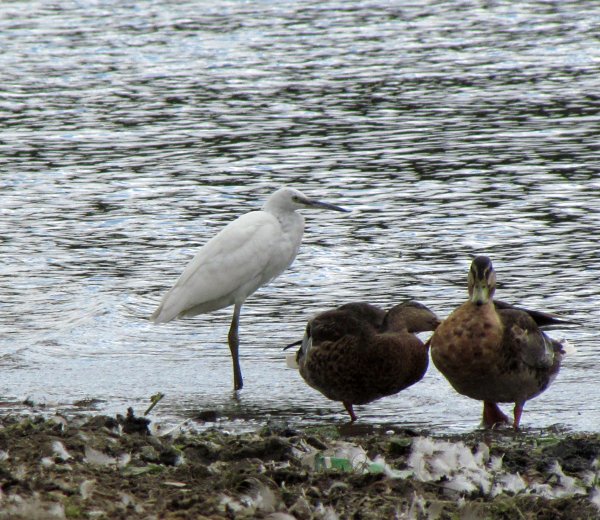 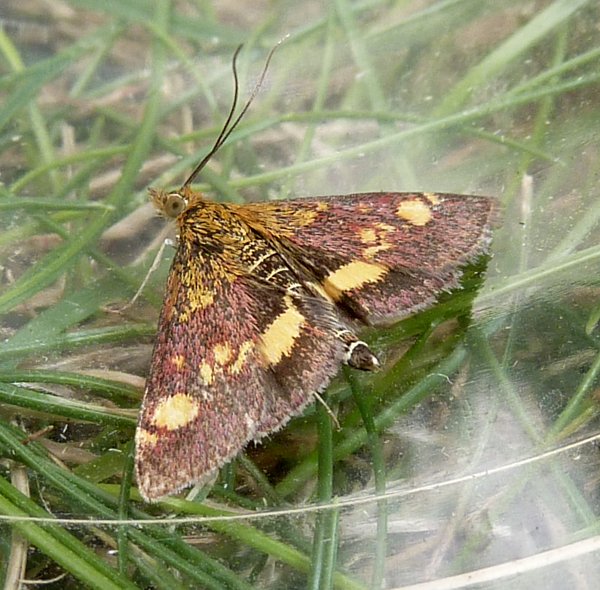 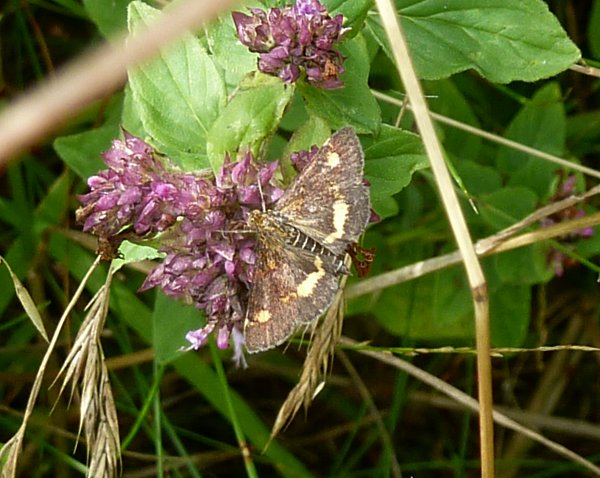 I'm off on holiday for a couple of weeks so there will be no updates. Should you find anything of interest on the patch then either e-mail me or add a comment to this post.
No comments:

I've not posted for a while so I thought that I'd do an update though to be honest there is precious little to report. The Meadow "floods" are still as dry as a bone despite the recent rain and to be honest I think that it's going to take a serious bit of prolonged raining before we have anything like a decent pool again. The area is home to a nice post-breeding flock of about 50 Lapwings which often seem to like to shelter in various holes so that all you can see is this head sticking out. There are plenty of hirundines down by the boats including quite a few juveniles - nice to see that they've had a good breeding year. The juvenile Common Terns have still been knocking around for a while by the river and there are lots of geese taking advantage of the newly grown grass where the flood waters have been. 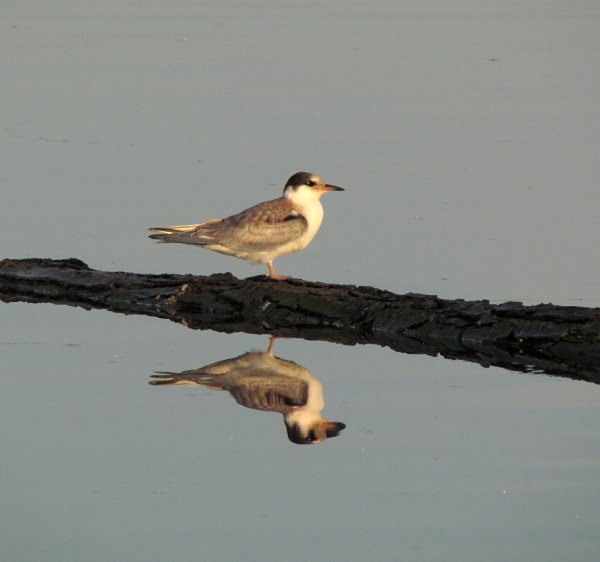 
It's been good for butterflies of late - my garden has had loads of Whites passing through. I even had a brief visit by a CLOUDED YELLOW over the weekend, a lovely rare migrant butterfly that appears in modest numbers in this country each year. The second brood of Holly Blues are now out in the garden with a couple fluttering about in our Holly Tree and the neighbours' Choisya. I've been keeping tally of the different butterfly species that I've had this year in the garden as part of the Garden Moth Challenge and I've managed an amazing tally of 15 different species in what is a rather modest urban garden. Speaking of moths, now that the heatwave has passed moth numbers are back down to more modest levels but I'm still managing to catch a few dozen each night. The most interesting catch recently has been a Metalampa Italica, a micro moth that until recently was confined (as it's name suggests) to Italy though in the last ten years or so it's started to appear in this country as well. Up until June this year none had been seen in the Upper Thames recording area though suddenly in July they started to appear, including one in my garden which apparently is only the third ever record for the area. 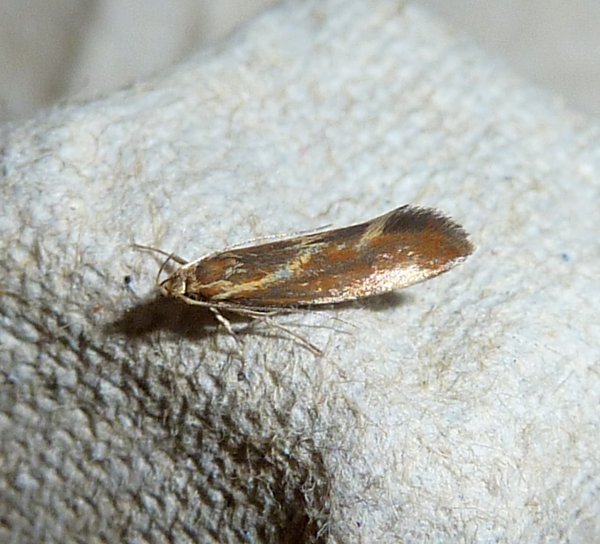