Not much to report since Wednesday - yesterday it was too windy for me to bother venturing out onto the Meadow. Today by contrast was a gorgeous sunny and calm day so with poor prospects for the evening gull roost I thought that I would instead go for a run around the patch. In the sunshine there was plenty of bird activity - no doubt they're all catching up on feeding after the rain yesterday. The Trap Grounds grounds were very flooded but I managed to spot a Treecreeper, a Reed Bunting and a Kingfisher whilst I was there. The Meadow was in full lake-mode with not even a strip of grass between the river and the flood water. This meant that all the birds were miles away along the North Shore up at the Wolvercote end so I've no idea what was about. In the hawthorns between the boat yard and the Perch there were a huge number of winter thrushes - mostly Redwings with some Fieldfares and Blackbirds. There must have been at least 70 but one had no idea how many there were until they all flew off when a helicopter flew over. Along the swollen Castle Mill Stream I managed to hear and then see a MARSH TIT briefly as it worked its way rapidly through the trees along the bank. This is a personal patch life tick though it's not a year tick as one was seen a month or two back by someone else. 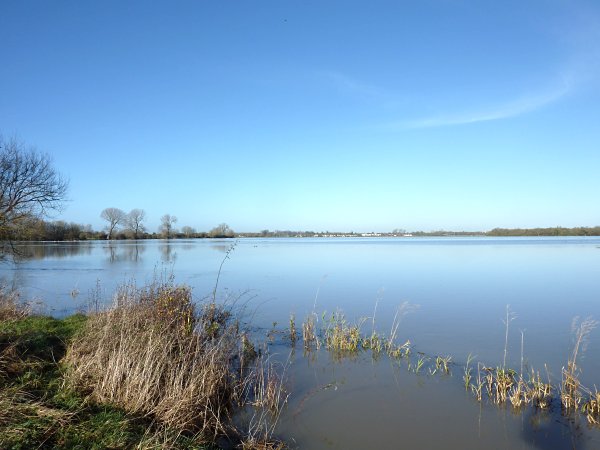