Since my last posting the flood levels have been falling back from their near-lake status to something more resembling their usual shape. The boggy conditions have been suiting the bird life and it's been classic winter birding on the patch. Over the previous two days there's not been anything particularly remarkable (a REDSHANK has been the only noteworthy bird) but it's just great to see so many birds around all enjoying the floods including the wonderful golden plover flock and the hoards of winter ducks.

I don't always get to visit the Meadow at the weekend as family activities often intervene but today I was able to get out for the last hour of light. Scanning through the gull roost I soon came across a gorgeous adult CASPIAN GULL though it promptly went to sleep as soon as I tried to video it. I ended up spending getting on for an hour there trying to get sufficient video footage to check out all the necessary details to confirm the ID and fortunately my persistence paid off in the end. Anyway, it's been quite a while since the last one and it's a most welcome year tick. What with the American Golden Plover last week the Meadow seems to be having a bit of a resurgence at the end of what's been a rather quiet year. 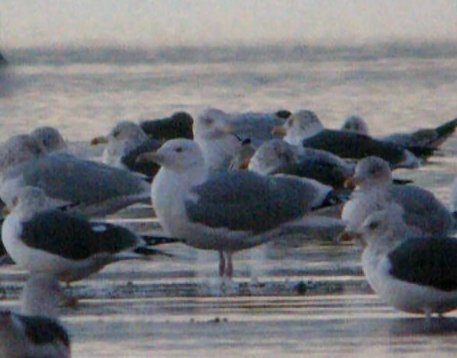 A rather grainy grab of the bird, showing it's huge rather pale yellow
bill, dark eye and distinctive head shape. It's not as elegant as some Caspians
but this is apparently because it's a large male bird
(thanks to Ian Lewington for that) 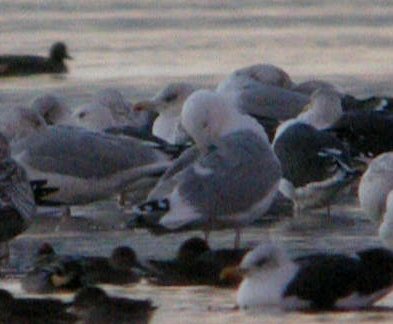 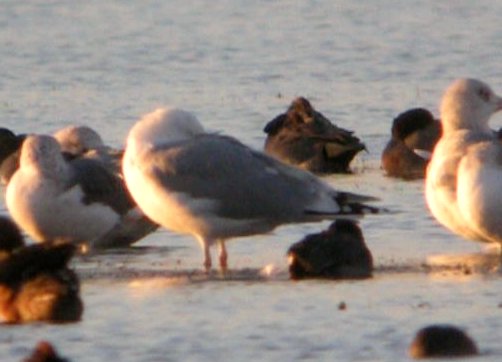 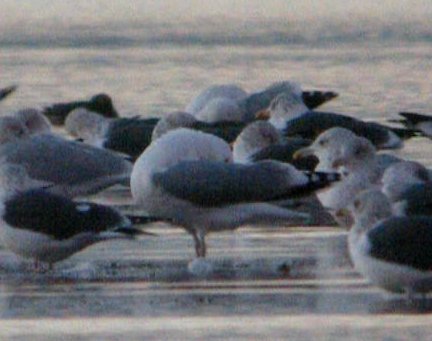 This is why I spent so long filming the bird:  in these
three shots you can see the diagnostic large white tip and
narrow dark lozenge on the underside of the P10 primary.