"I was out there between 2.30 and 4.30pm.  A large flock,of about 70 Golden Plover flew in at 2.45 and settled on the floods at the south end.  They were there about an hour then something spooked all the birds (Teal about 30, same amount of Lapwings, and the Golden Plover.) There were no dogs at that point, but I had seen a Sparrowhawk on the Meadow earlier.  The Golden Plover flew up and off into the distance, but the Lapwing and Teal resettled.  A short while later a smaller flock of Goldies returned, and looked set to stay the night. When I left as dusk was coming down, there were only three Black headed Gulls heading up the gull roost! Where had the other 3,997 gone, I wonder? Farmoor!

As well as the usual Linnets, Pied Wagtails and the usual Great Crested Grebe on the river there was a Kingfisher on the meadow bank of river, where there are no perches, hovering motionless in the air, fishing." 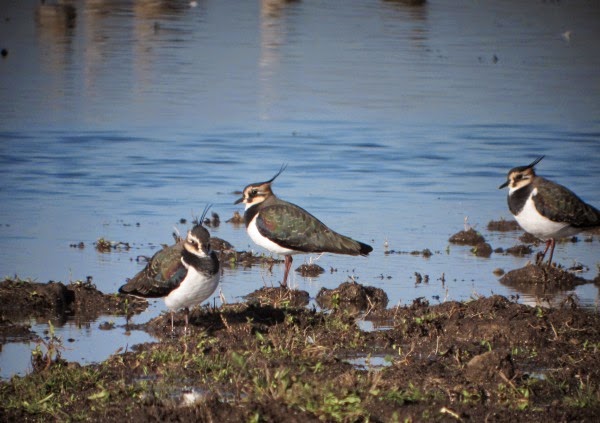