This post continues my theme of focused blog posts in order to try and catch up with all the news.

On the evening of the Tuesday 20th whilst people were looking at the White Stork, Steve Jennings spotted three Glossy Ibises flying east at the north end of the Meadow up at Wolvercote. Now there has been a long-staying single Glossy Ibis at Otmoor for several weeks now and a day ago three were seen in flight in the county so presumably this was those same birds. So a great day of Meadow birding was rounded off with Glossy Ibis as icing on the White Stork cake.

The next morning Thomas Miller found the Ibises back on the Meadow which seemed very much to suit them. Indeed they spent most of the day there and offered some great views, in contrast to previous Meadow Ibis views which has been fleeting or distant. 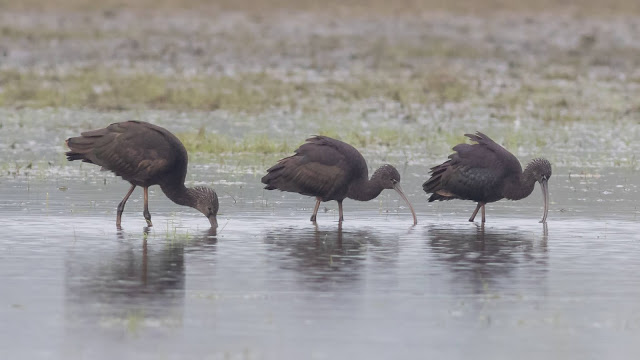 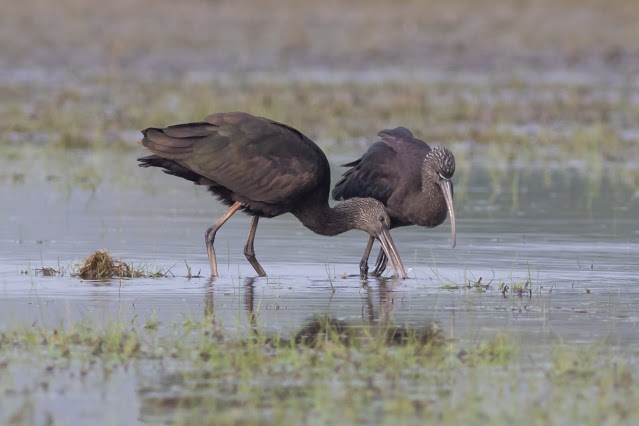 By the end of the day they seemed to have split up with a pair staying on the floods whereas the singleton had gone (perhaps back to Otmoor). Dare we dream of this pair nesting somewhere in the county at some point? Either way it was great to have such charismatic birds grace our fast dwindling floods.

The pair were also seen on the morning of the 22nd April so may be around for a while yet.