Once again personal circumstances have got in the way of my intention to do more updates and there is plenty to report on since my last update. Until the start of the northerly winds that presently plague us we had a nice little wader passage going with plenty more Black-tailed Godwits, lots of Little Ringed Plover, a few Dunlin and Redshank and one or two Ringed Plover. However, with the onset of the winds that effectively ground to a halt.

The winter duck have all but gone though we still have a couple of pairs of Shelduck and a lone female Pintail recently as well as the usual pair of Egyptian Geese that keep putting in an occasional appearance. One other relic of winter was the report of a Peregrine seen overhead one day.

In terms of stand-out sightings it all started on the 28th when Thomas Miller was lucky enough to be present and looking in the right direction as an Osprey went over. I'm sure that lots of such records are missed each spring but we managed to get this iconic species on the year list last year and it's great to have repeated this feat this year. 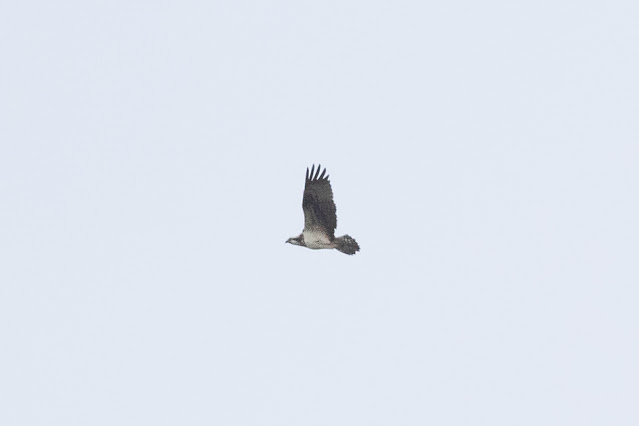 The next bird of particular note was a wonderful Little Gull which Manoj Nair found on the 30th. This bird had been lingering at Blenheim previously but graced our patch with it's presence for the morning.

Not one but two Redstarts were found in Burgess Field on the 5th. A male and a female were seen separately and not too far apart. Manoj Nair found a Wheatear in the Hinterland near the Poplars one morning and a Marsh Tit was reported along the river near the boatyard by someone one day. This species is less than annual though we sometimes get them dispersing from Wytham Wood.

Apart from these standout sightings there have been a number of the usual species that one might see arriving in April. We have had numerous Yellow Wagtails, White Wagtails and Common Terns. The usual Hirundines are starting to be seen as well with House Martins and Swallows starting to appear. The first male Willow Warblers have been singing in Burgess Field.

So looking ahead, it's all going to happen over the next few weeks. The rest of the Warblers will be passing through soon and we might start to listen out for Cuckoo and look out for Hobbies. Whinchat and Tree Pipit would be great to get on the list and if we can get some more wader passage then there are lots of species we still need there. It's everything to play for now: very exciting!